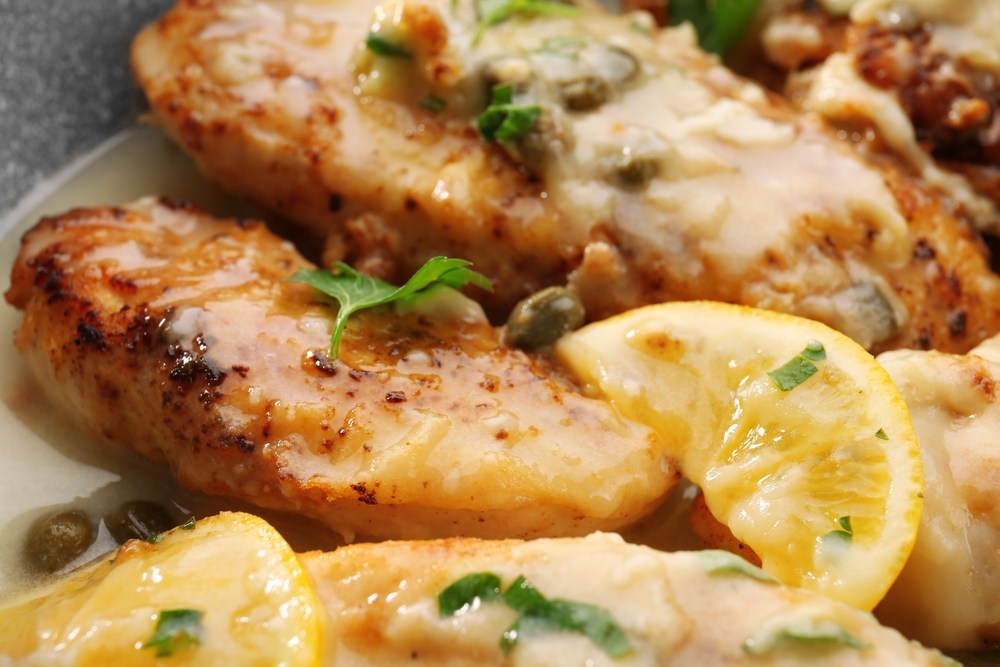 Welcome to the WhisperKOOL blog! Twice a week, we’ll post informative articles about all things wine-related. Wine news, winery and vineyard info, helpful tips and tricks about storing, cooling, and transporting wine, and most delicious of all, wine and food pairings! We’ll share a recipe and a specific bottle of wine to pair with it. Fasten your seatbelts and get ready for a delicious duo: Louis Jadot Chardonnay and chicken piccata.

Let’s begin at the beginning:

Chicken piccata is a delicious dish on a bed of veggies or cooked spaghetti noodles. Halved or butterflied chicken breasts (or chicken tenders) are breaded, cooked, and drizzled with a white wine and garlic sauce.

According to their website, Jadot Mâcon-Villages Chardonnay is completely unoaked to make sure that its delicate aroma and character—the character for which the Mâconnais region is renowned—is preserved. The terroir has a high concentration of chalk and limestone, so it imparts “nuanced minerality” to the wine. Made with 100% Chardonnay grapes, Mâcon-Villages has aromas of flowers, apples, and citrus fruits, and pairs well with goat cheese, crab cakes, and shellfish. Oh, and don’t worry—there’s a pronunciation guide on the website as well.

WHY THIS WINE PAIRS WITH THIS RECIPE:

That “nuanced minerality” makes Mâcon-Villages Chardonnay perfect for complementing a lightly spiced chicken dish with lemon and garlic sauce. The sweetness of the apple and citrus notes offsets the brininess of the capers and the tang of the fresh parsley. The fresh, clean flavor provides a welcome counterpoint to the savory breaded chicken and helps to enliven the palate after a big bite of buttery lemon, garlic, and olive oil piccata sauce. Overall, the combination of chicken piccata and chardonnay is good until the last bite (and drop).

If you liked our chardonnay and chicken combo, stay tuned for more delicious pairings coming your way on the WhisperKOOL blog. And don’t forget to check out our website for wine cooling units and accessories! See you next time!

A quick note about our capitalization of wine names…

We weren’t sure whether it’s “Sauvignon blanc” or “sauvignon blanc,” so we started scouring the Internet. We found an article in a 1985 issue of The New York Times Magazine which lays out the following rules: